Fear and Discrimination Near and Far: An Account of Last Week

Thought of the Day: “The face of terror is not the true faith of Islam. That’s not what Islam is all about. Islam is peace. These terrorists don’t represent peace. They represent evil and war.”            – George W. Bush

The Paris attacks and the Dire Situation of the Refugees

The world mourns for the attacks against Paris and by extension Western Civilization. At least 129 people are dead and over 300 wounded as Paris accounts for the carnage. ISIS as an organization has taken credit for this latest act of terrorism and the world has responded in condemnation.

The backlash has been swift but not always positive. France is now officially ‘at war’ with ISIS according to President Hollande and has already began airstrikes on prime ISIS targets in Syria. Also French police and various other countries have conducted raids and arrested and seized people and material in connection with the attacks. However, numerous countries and specific states within the United States are using the latest attack as an excuse not to house Syrian refugees.

Politicians are right to worry about the possibility of them allowing an attack on their citizens by allowing a terrorist to play Trojan horse. Nonetheless, the decision has less to do with security and more to do with the still prevailing anti-Islamic sentiment most of the Western world has. Virtually all of the refugees are running from the same terrorists that attacked Paris and are being denied sanctuary because of their race and religion. In fairness it is indeed a big security issue to determine if a person is a legitimate refugee or a disguised terrorist. However, leaving millions of people, families, and children adrift for dislike of their race and/or religion is despicable. So despicable that despite the attack on his capital city President Hollande stands by his commitment to house Syrian refugees.

Also worth a mention is Ted Cruz “calling out” of Obama. Obama happens to agree that using fear to abdicate from our values as Americans to help those in need is about on the same level as ISIS  using terror to get the result they want. However, Senator Cruz takes it to a whole other level and he actually tells the President of the United States that he didn’t have the gall to tell him man to man that he disagrees with his views on keeping the Muslim refugees out and to “insult him to his face.” That is a pretty flagrant show of disrespect for the commander and chief. Its one thing to disagree and voice your concerns on the direction leadership is taking; it is another thing entirely to issue a statement basically calling him a coward that in places where I’m from would incite backyard brawls. Using the tragic attacks in Paris as the springboard for this attack also seems rather low.

The Differences Between the Democratic Candidates

The debate last Saturday was sparsely watched mostly because the Democratic party thought it would be a brilliant idea to put their second debate on a Saturday night in direct competition with college football and people generally having a life. However, it did serve an important purpose. It differentiated the candidates on the issues. With the media and the Republicans basically declaring Hillary the winner of the democratic primaries many aren’t even bothering to see what the different candidates offer. A democrat is a democrat seems to be the prevailing philosophy and by listening to the debates and reading a bit of the rhetoric behind their stances it becomes clear that these are very different candidates.

Hillary Clinton – Is the more center leaning candidate which is not surprising since this isn’t her first rodeo and her ties to President Bill Clinton who as a president had to come more center. She is the one whose campaign is better financed; however, where she gets those dollars is a topic that was highlighted in the debate. Most of Clinton’s money comes from Super PACs the same ones a lot of the business on Wall Street contribute to and influence. Also Clinton as former Secretary of State has a rather hawkish pseudo-Republican view on foreign affairs. Although she is clearly the one with the most experienced with regards to foreign affairs among the candidates her ideas seem not too different from those of the moderate side of the Republican party.

Clinton vs. Sanders on the Issues (Business Insider)

Bernie Sanders – Calls himself a democratic socialist and recently had a speech on what exactly that meant. The word socialism is still a dirty word that most Americans to this day associate with communism and the Axis of Evil; however, for Senator Sanders, “Democratic socialism means that we must create an economy that works for all, not just the very wealthy”. While Clinton also is running on the idea of equal economic opportunity for all, Sanders takes it to another level with gravitas, as he is not funded by corporate America, and his steadfast commitment to the term Democratic socialism, despite its negative connotation in the minds of American people, is indicative of his commitment to fixing the economic system. That is the heart of the difference between Clinton and Sanders, Sanders is fully committed to pursing economic equality of opportunity and has a track record to prove it. Meanwhile Clinton says she is about the idea of equality of economic opportunity, yet is funded through Super PACs controlled by corporations which she defends in the most awkward of ways (i.e. saying Wall Street supports her because of her work after 9/11). What makes Sanders campaign is his conviction and new approach to the problems we face today. While most Americans to this day have trouble trusting Clinton for a variety of reasons, Sanders has remained true to his creed unflinchingly.

Click on Picture for Link to Original Source for better viewing

Martin O’Malley – Although he seems like a reasonable and polished Democrat in his own right the former mayor of Baltimore seems too young and inexperienced for this election. It is weird to say O’Malley at 52 is too young for this race, but his lack of federal experience and relatively youthful appearance makes him appear out of his depth for this election. Although he has good ideas this candidacy seems more about getting his name out there than actually winning against the powerful Clinton name or even the idealist Senator Sanders.

Missouri and On Campus Racism

Missouri’s president and chancellor have stepped down regarding their handling of racist complaints made on campus. R. Bowen Loftin was the President at A&M not too long ago and was revered so it is shocking as an alumni to have his name apart of this. However, various incidents have not been handled properly and the buck stops at the head. 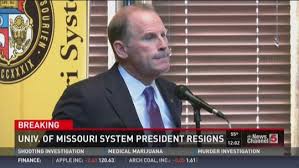 A black organization was catcalled the N-word which is nothing new as any black student of predominately white school will tell you. However, some also drew a swastika in human feces and left in the residence hall (that’s pretty nasty), and after a series of blunders by University President Wolfe, one of which seemingly blamed the students for systematic oppression, led to students asking for his resignation. Followed not too long after by Loftin’s resignation effective at the end of the year (although it is worth noting he will be taking another position within the university).

In wake of the Black Lives Matter campaign numerous issues have been brought to the light as it regards to race from police incidents to general prejudice. However, specific University incidents go beyond race as 18-22 year old kids need to be educated more than just in race in regards to tolerance. Incidents such as the ones from fraternities shouting “no means yes, yes means anal” to the incidents of sexual assault on campus where a glaring statistic that 1 in 4 woman will be sexually assaulted show that holding our promising youth to a higher standard is a challenging job that administrators must do a better job at.

What is Happening at the University of Missouri (The Atlantic)

NFL – The Cowboys have once again shown that they have forgotten how to win and were embarrassed against the Bucs of all teams. Dez fell asleep during the game and takes his share of blame for the seventh loss in a row. However, there is good news our lord and savior Tony Romo returns to the lineup to become football Jesus and take us to the playoff in the dreadful NFC East by winning all or all but one of our final games.

In more realistic news the Panthers are rolling, smiling and dancing Cam Newton is having a MVP caliber season and the defense is stout. Of course the Patriots are doing their thing as well as Tom Brady continues his March of Destruction, but the injury bug has bitten and it will be interesting to watch especially since they needed another controversial catch/non-catch call from the infamous catch rule to secure a victory.

The Texans also must have been playing with Holy Water as they ended the Bengals undefeated streak.

20 teams in the NFL have losing records and depending on your division even teams with records like 2-7 or 3-6 have a reasonable shot at the playoffs. What an interesting December is in store for us.

NBA – The Golden State Warriors are on a war path and despite an excellent first half and a 23 point lead from the Clippers on Thursday night, it was not enough to stop the baby faced assassin Stephen Curry who once again cataloged 40 points on the way to leading his team to a 13-0 start. 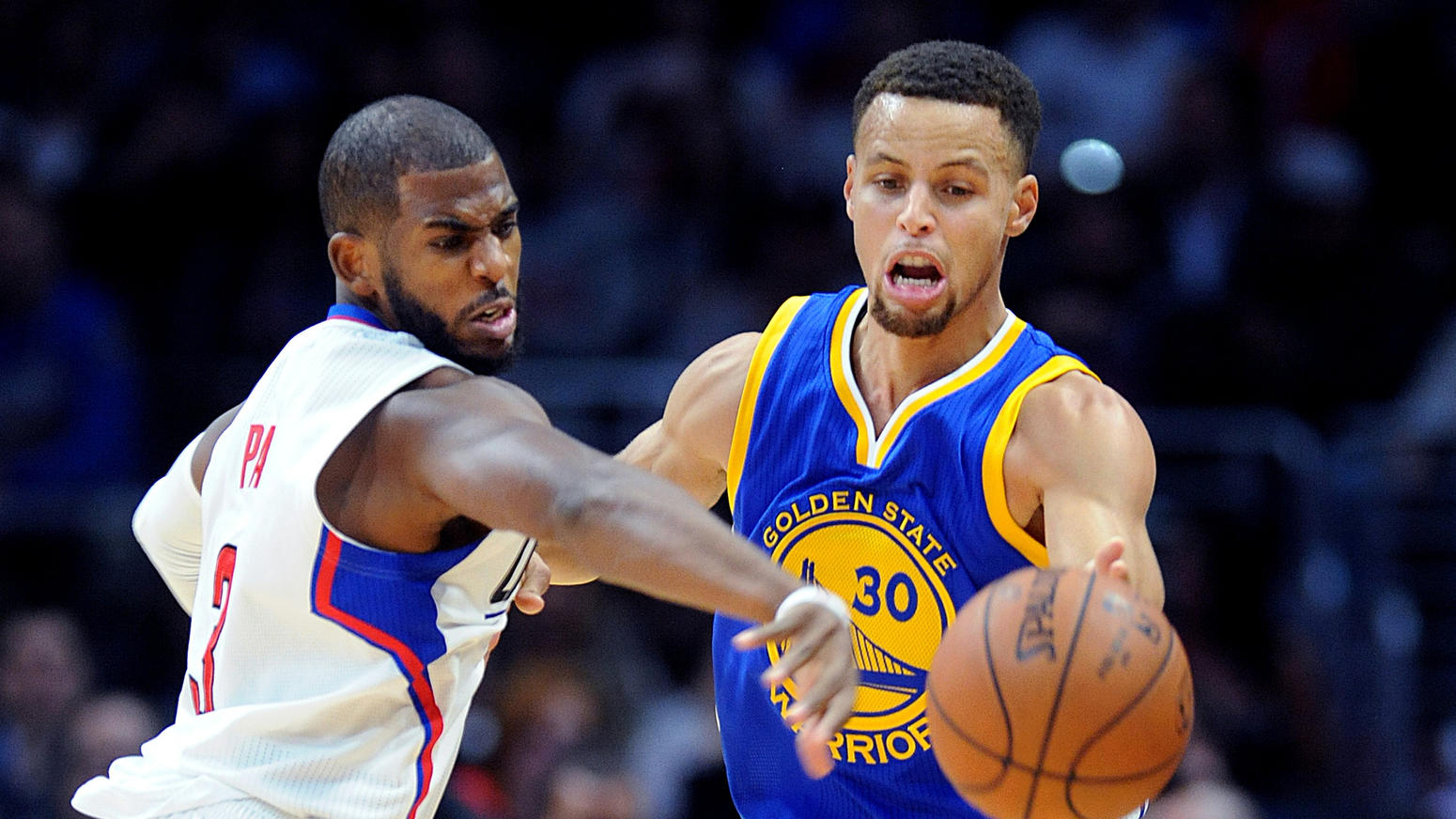 The Spurs are quietly gaining a championship form as they are likely 10-2 at the start of the weekend with a probable win against the Pelicans on Friday night. Kwahi is coming into his own, Aldridge is starting to mesh within the team dynamic, and not to mention the other Spurs already in tuned with the system which includes the future Hall of Fame Big Three of Parker, Ginobli and Duncan are play great. Thus, the Spurs are exhibiting basketball greatness albeit in the shadow of Golden State.

The East is also on the rise this year. The Cavs are solid with Lebron at the helm even without Kyrie, Paul George hasn’t lost a step despite breaking his leg, Drummond is nearly averaging 20 and 20 and is the best center in the game, and various other tales of teams east of the Mason-Dixon line.

The Rockets looked like a dumpster fire waiting to happen especially after firing their head coach who led them to the Western Confernece Finals merely months ago and playing a sloppy first 3 quarters under their new interim coach before a miracle 3 awoke Harden from his slumber and seemingly set the Rockets back on course. Speaking of dumpster fires the Pelicans have won one game and injuries have had them fielded D-League lineups. It is rather unfortunate for a Pelicans team that looked promising at the beginning of the year with burgeoning superstar Anthony Davis leading the charge.

The NBA season is shaping up nice and this is still in the heat of the NFL season.

Texas A&M Football – Well we got a win albeit against and FCS school, but both our quarterbacks played reasonably well. It was nice to see Kyle Allen hit a receiver and he looks much better than the debacle at Ole Miss. We have another relatively easy game against Vanderbilt before LSU to see if this season was a complete bust.